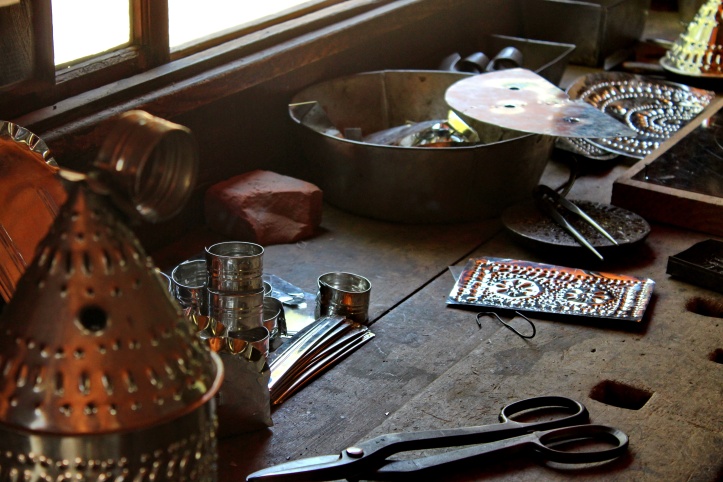 I didn’t preach this morning at Rupert.

This summer, we have had a couple, David and Deborah, who are recently retired missionaries, visit with us. After 36 years, they and their family have moved back to the United States from South Africa. They own an adorable mission era cottage in town, and were spending the summer here before going to Sand Diego for the cold season.

I have grown to love these two. They are thoughtful, interesting, Godly people. David and I share a love for old cars. They both are joyful Christians, the kind that draw you into their circle naturally.

A few weeks ago I asked David if he would consider preaching one Sunday, and this past Sunday was it. I firmly believed he had good things, important things to say to our congregation. He has a missionary’s heart, and he did not leave that behind in South Africa. He understands, as few of us Christians seem to understand, that we are now in a place where the mission field is here in our back yard as much as it is in some mysterious “over there.”.

David put a lot of thought into this. He chose to preach on the life of Peter, of the apostle’s journey from hothead Peter to “Denying Christ in the Courtyard” Peter, to, ultimately, Peter “the rock” that Jesus had named him. He wanted, he told me, to help people understand that our faith too, is a journey.

I stopped by their cottage a couple of times over the last couple of weeks. Each time I visited, David talked to me of his study, his preparation, and his nervousness. Friday, when I stopped by for the last time, he told me how he was going to end it, and knowing that ending helped me and our organist pick hymns, so everything in the service would center around his message.

That would be the message he didn’t do.

Instead, he got up in front of us and spoke of how he labored to prepare, until he suddenly realized that’s not what he was. “I am not a preacher.” he said. “I am a missionary. And so I am going to share a story with you.”

And share he did. A wonderful story of pre-Mandela times, a story of a woman he had come to know, a former prostitute who became a believer, and then a missionary herself, and how her faith  touched some of the roughest, meanest people you can imagine.

The story touched us. It was, I am sure, far more powerful than his carefully crafted sermon.

And that’s what I want to talk about here today.

David chose to be what he was. And therein was the secret to his effectiveness. Too often, both in life and in the church, we try to be what we aren’t. We tone ourselves down. We take on jobs and positions and responsibilities that are at odds with who and what God made us.

And what is the result? We might do an OK job, maybe even a good job. But we are never as effective or as powerful as when we do what we are made to do. And, the odds are, we are not nearly as happy. Because we are happiest when we are doing what God made us to do.

This thought is hard for some. Life has a way of pushing us into molds and corners and while we fight a little bit, we tend to let it push us into those molds, calling it fate, or destiny or sometimes “bad luck.”   Sometimes people in our lives push us into those molds, telling us we’re too emotional, or too analytical or too (fill in your own blank here. I know you’ve heard it before.).

When I was growing up, I heard the phrase “God don’t make no junk.” more times than I can remember. And it’s true. There’s room in the church, in God’s kingdom for plumbers and painters, actors and accountants, the flamboyant and the reserved. For (dare I say it in this political season?) liberals and conservatives. All of us. Don’t let anyone tell you otherwise.

David stumbled a couple of times in his talk. Big deal. Don’t we all stumble? (Constantly, in my case.). The thing is, he was, in those minutes he talked, authentic. And from that authenticity came his power.

It’s the same for us. Trust God. Trust that he made you as you are for a reason. Trust that there is nothing he can’t and won’t use if we offer it to him. Time to stop hiding the very thing that makes you, you, and instead that that very thing and lay it on the altar and watch God do his thing.

You’re gonna be very, very surpised what he can do.